How does database encryption work?

How does database encryption work?

Databases like Oracle, Microsoft SQL Server, Postgres, along with modern document-level databases and clustered big data platforms such as MongoDB, Cassandra, and others, all store vast amounts of data. As such, the likelihood of these data stores containing sensitive data is high. To meet the need to encrypt this sensitive data, many database vendors have introduced Transparent Database Encryption (TDE).

TDE is a mechanism for “transparently” encrypting data that is processed by the database, such that when the data is stored at rest, it remains encrypted. This way, it is secured from prying eyes of a system administrator. Likewise, if the database files were to be copied away or exfiltrated, they are encrypted and thus are unrecoverable.

With the general concept behind Transparent Database Encryption, let’s take a step back and break these concepts down.

(this section is non-technical for those who need a primer on how databases store and retrieve data. If you’re familiar with databases, skip to the next section)

Often times, in networking diagrams and other software architecture, databases are depicted as a cylinder, like this: 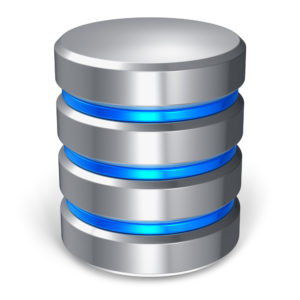 Databases generally come in two flavors: relational and document databaes. First, how they are similar.

Imagine a file cabinet, with drawers filled with files, folders, and paper.

Databases do exactly this same procedure when retrieving data. SAy you give the database a command, like:

Essentially, it’s searching through its files to retrieve all the orders that occurred on December 9, 2018.

What’s the difference between a relational and a document database? Besides the vast technical details, conceptually it’s very simple.

Relational databases create “relationships” between files and folders that enable administrators to shortcut through the data. For example, if you put a sticky-note on Client XYZ’s folder that said “Orders placed between December 1, 2018 and December 26, 2018” you just gave yourself a shortcut because you know that when you look in the orders files for Client XYZ, you would only need to look between those dates.

Relational databases setup these relationships between tables (i.e. folders) and within them, columns (files inside the folder).

Document databases are essentially the equivalent of having a Gmail inbox you never clean. You have thousands and thousands of emails in your inbox, no relationship whatsoever, no grouping, filing, or tagging. When you want to find something, you simply use Google’s all-powerful search to look through all of them and find what you want. Document databases essentially operate like this.

As you can see, databases can be thought of as a filing cabinet filled with data, some sensitive, that anybody who had access to your office would be able to look through. Not very secure.

Imagine for a moment that you had a particularly high-profile client and you certainly did not want anybody peeking into their files. You could just lock up their file, like so:

That way, anytime you needed anybody else’s data, you simply pull it from the cabinet. But if you needed the VIP client data, you’d have to go get a key and unlock it.

And, you may think, while we’re at it, why not just lock up the whole cabinet? Maybe not all the information is equally sensitive, but why not?

And this is exactly how Transparent Database Encryption for databases like Microsoft SQL Server and Oracle work. They enable you to “lock up”, or encrypt, various types of data. You can encrypt a column (folder), or you can encrypt the entire database (cabinet). Every time data is retrieved from either, the requestor must provide a key to unlock the data or they simply don’t get access.

Let’s break it down:

That is why it’s called Transparent Database Encryption.

The advantages of TDE are primarily around convenience and ease of use.

In summary, TDE gives DBA’s the ability to implement their own security using products they are trained in without having to rely on third-party security products that cost additional budget and require training and maintenance.

The disadvantages of TDE are primarily around its limited capabilities and “convenience” to the DBA.

Transaprent Database Encryption is a useful tool for teams that need an “easy button” to implement encryption within their databases. Is it the most powerful solution to encryption? Of course not. It is a base level of encryption, with moderate security capabilities, and should be seen as a “good enough” solution for teams facing an encryption of data-at-rest checkbox on their next audit. Likewise, TDE should be seen as a point solution – a solution that does one thing: encrypt some databases. It rarely fits well in a larger enterprise encryption strategy, offers no centralization, auditing, or even verification that it’s being used effectively.